This year (2015),  India is celebrating her 66th Republic day. And not just that, this year, US President Obama is to attend as a Chief Guest.

Below is the stamp depicting Indian Parliament issued by India Post  in the year 1975 to commemorate the 25th Anniversary of the Republic. 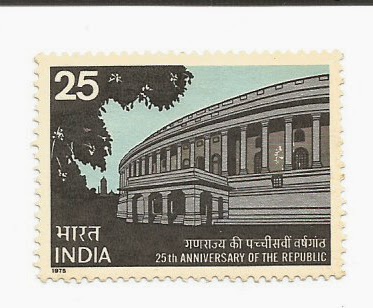 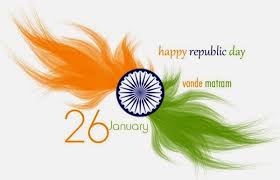 I just received a few Malaysian stamps on roses (released in the year 2014 for Valentine's day) sent to me by Shiouming from Singapore. The below 3 set of stamps shows: 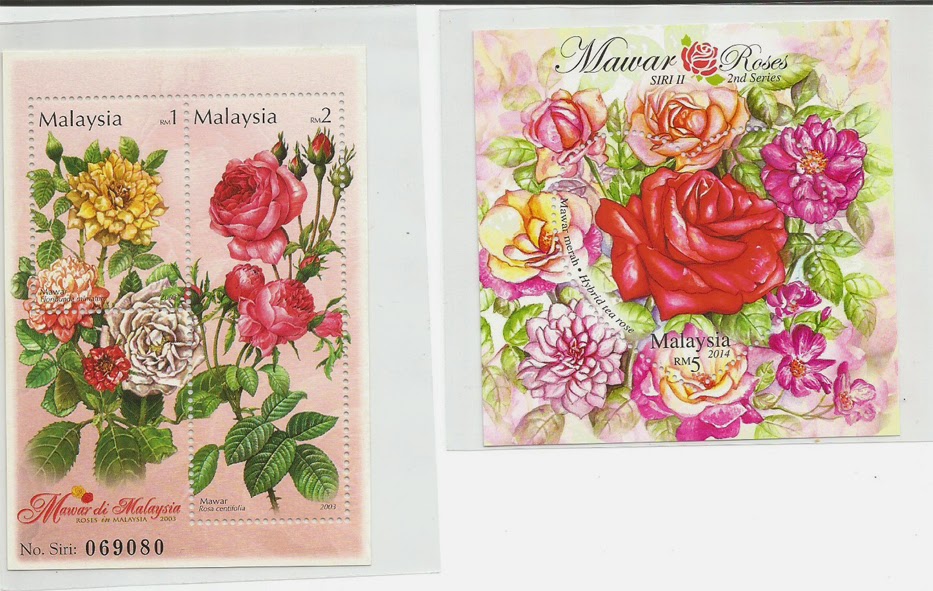 I recently received 2 sets of Nauru stamps, Thanks to Stewie from Netherlands. 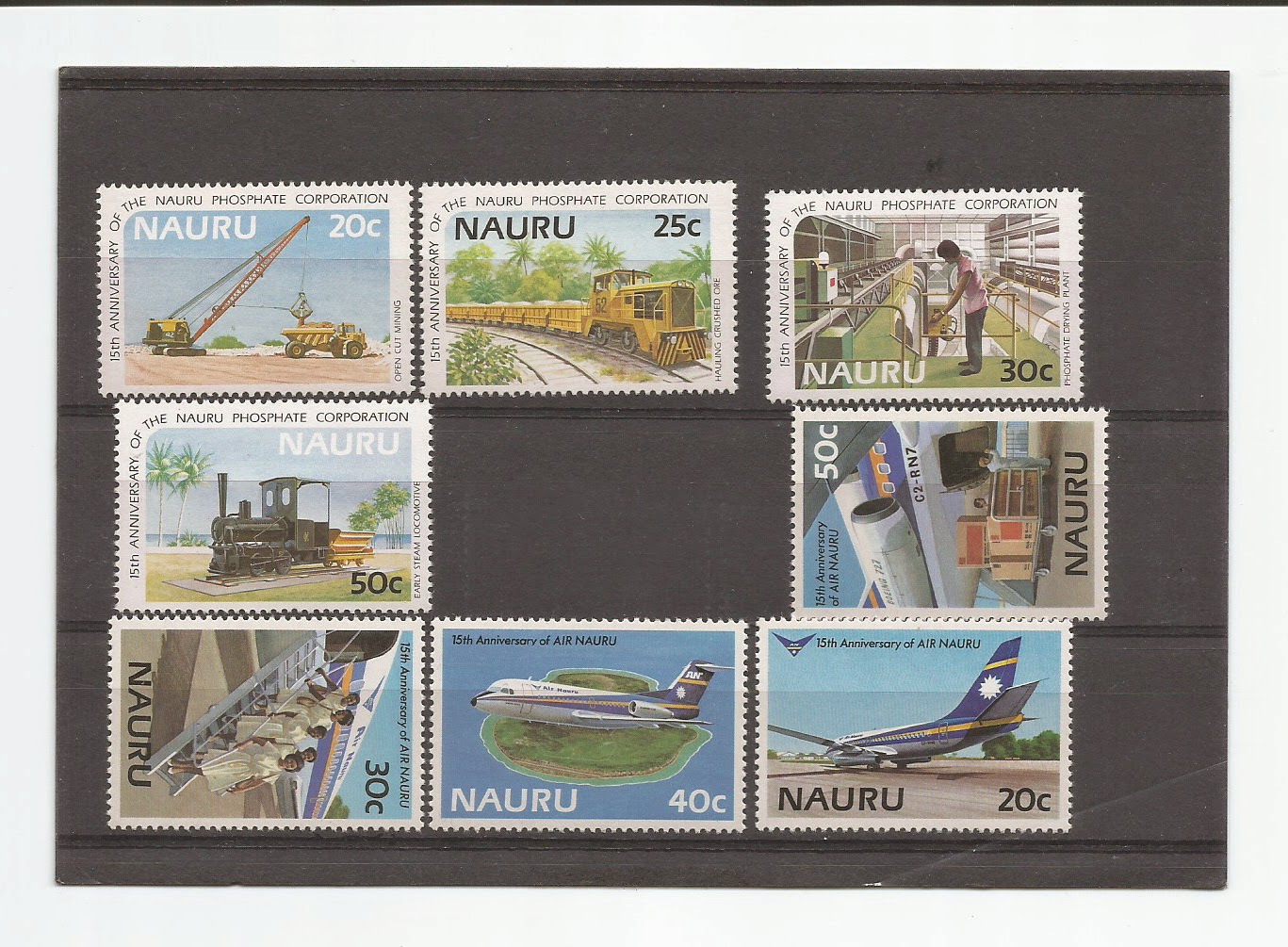 A few FDC's from Germany..

Today I received a few FDCs (First Day Covers)  from Germany on Endangered Species. Endangered species are those creatures which are likely to become extinct.

Thanks to Chris, We have a few more covers to add to our collection.

Below are the covers I received. These covers were released in New York in the year 1993. 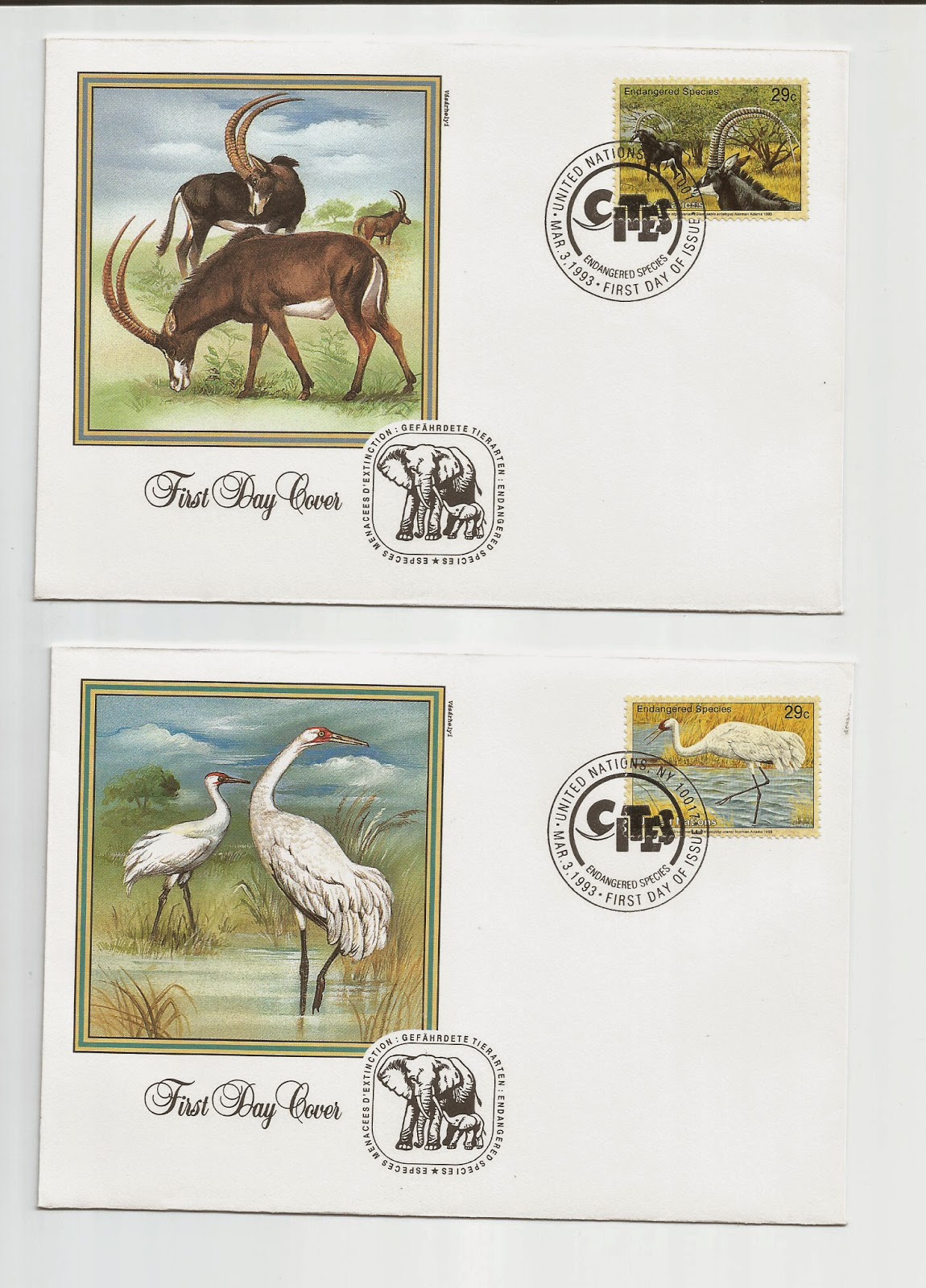 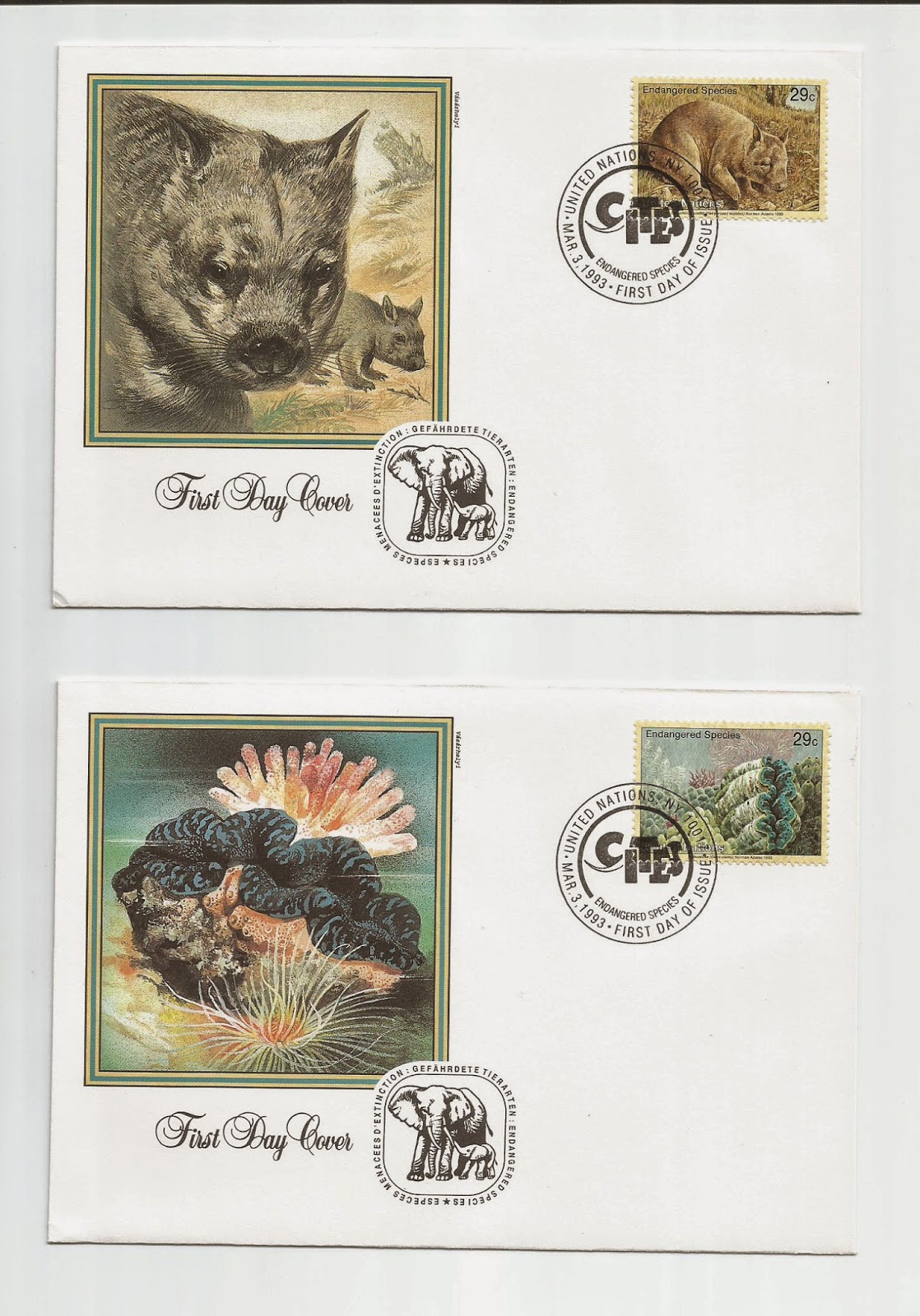 Indian Economy is heavily dependent on Agriculture.  To thank the Gods and our farmers who have helped us, we celebrate harvest festivals all over India in various names.

Pongal is the harvest festival of Tamil Nadu.  It usually occurs mid-January.  It is a four-day festival. The first day is called "Bhogi".  On this day people use to clean their houses, burn the old unwanted things, and buy new things to mark the beginning of a new life. The second day is the real "Pongal".  On this day people say thanks to the Sun God and prepare a dish called "Sweet Pongal" and "Salt Pongal".  Pongudhal (Pongal) is a Tamil Word meaning flourishing/boiling.  People boil fresh milk in a mud or Copper vessel. While it is boiling they chant "Happiness should overflow in our life like this overflowing boiling milk" and "Pongalo pongal, Pongalo Pongal" and with this milk only they prepare sweet pongal.  The third day is to say thanks to the animals which helped on the field and is called "Maattu Pongal".  Usually, Cow and Buffalos are decorated well on this day and they worship those animals.  The fourth day is called "Kaanum pongal",  On this day relatives get to gather in some commonplace like beach, park and have their dinner together.  "Kaanum" means "Meeting".

Since 1985, Government of India is celebrating "National Youth Day" on 12th January. 12th January is the birth day of Narendranath Datta aka. Swami Vivekananda.

He was an Indian Hindu monk and an ardent follower of Sri Ramakrishna Paramahamsa.  He is the one who  extolled Hinduism at the Parliament of the Worlds's Religions in Chicago in 1893, at the age of 30.  He started his opening speech at the Parliament with "Sisters and Brothers of America....". This opening line exemplified the tolerance and brotherhood of Hinduism and he received a standing ovation for more than 3 minutes.

He strongly believed that youth are the pillars of the future.  Once he said that "Give me few men and women who are pure and selfless and I shall shake the world". His quote: "Arise, awake and Stop not until the Goal is reached" is the inspiration for many Indians.

After his foreign tour he returned to India through Ramanad.  The young King of Ramanad, Bhaskara Sethupathi who funded Vivekananda's trip to Chicago, knelt before Swamiji and offered his own head to step on before it touches the Indian soil. In memory of this incident, the site is called "Kunthukaal". From this we can understand that how deep he inspired the youth of our nation, regardless of status in the society. 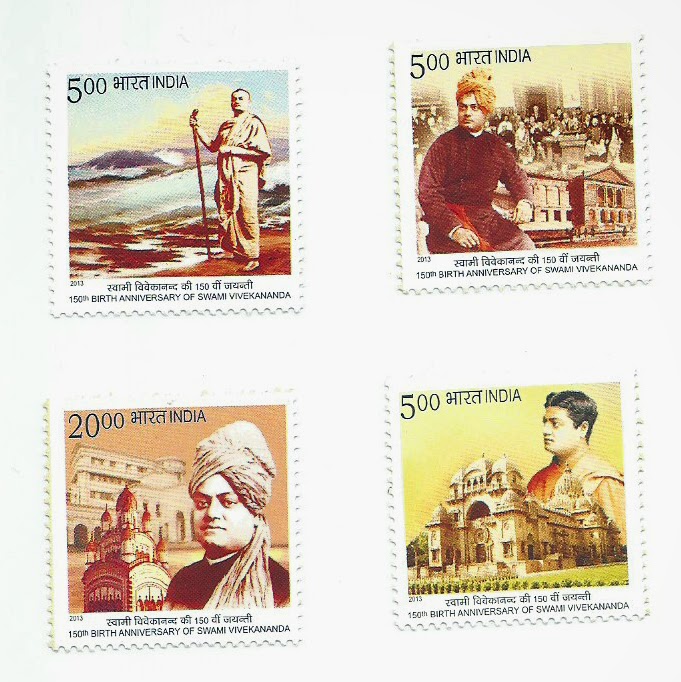 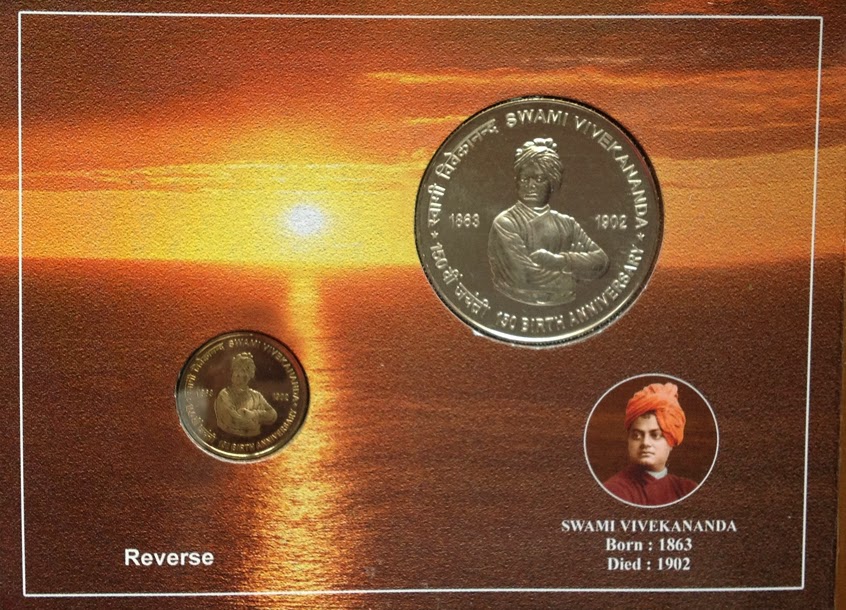 4th January, the birth day of Louis Braille is celebrated as a World Braille Day every year.  Louis Braille is the French man who invented the Braille Code for the blind people.  He lost his eyesight completely in an accident in his childhood.

Before the invention of Braille code, blind people used "Hauy System", which is an embossed Latin letters.  Since this system required lots of training, Louis tried to introduce an alternative system and he succeeded in his attempt.

Braille Code is an embossed dots, uses a rectangular 3x2 cells and each cell represents one alphabet.  The simplicity of this code enabled the publishers to print Braille books in large numbers.

"The Anna Centenary Library" based in Chennai-India, is one of the largest libraries in South Asia. It has a separate section for the Braille books on the ground floor.

Below is the stamp issued by Luxembourg Post in 2009 for his birth Bicentenary. The cost of the stamp (0.90 Euro) is shown in Braille on top. The image itself is depicted overlaid on a fingerprint. 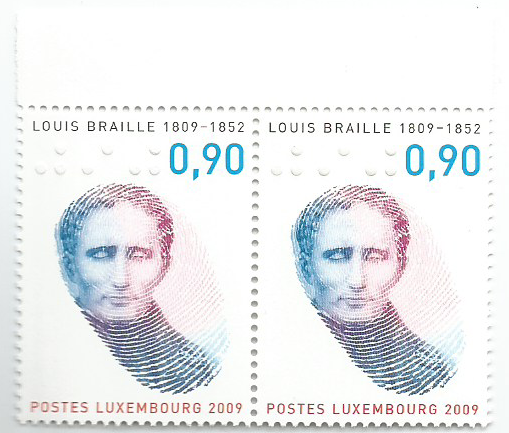