A great man once said, " Education is the most powerful weapon which you can use to change the world ".  This renowned person who is a great revolutionary, philanthropist, politician, and who has dedicated himself to contributing to world peace, human rights, and freedom is none other than Nelson Mandela. On the 18th of July, Mandela's birthday is celebrated worldwide as Nelson Mandela International Day to spread awareness on global peace and the need to take up responsibilities to make the world a better place to live in. Nelson Rolihlahla Mandela (born on 18th July 1918)  served as the President of South Africa and also devoted his life to the service of humanity and philanthropy. 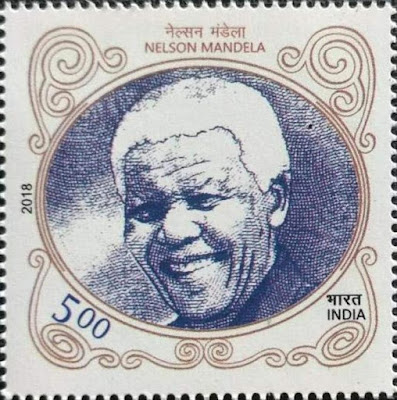 The above stamp was issued by India Post in the year 2018 to mark the birth centenary of Nelson Mandela as a part of the India - South Africa Joint Issue. 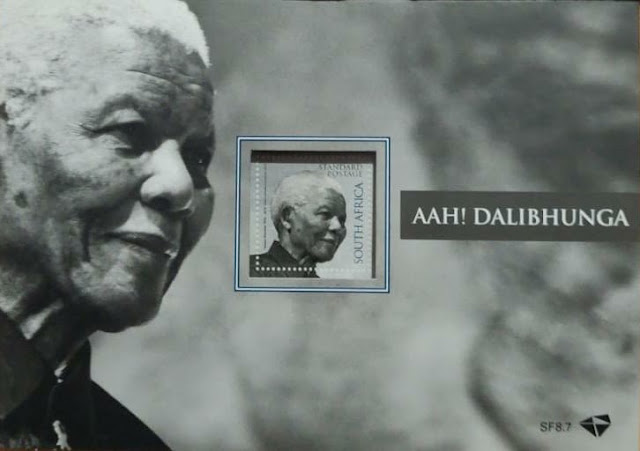 The above MS was issued by SA Post on 11th February 2014.  First Mandela stamp after his death and exactly 24 years after his release from the Victor Vester, Cape Town prison.
Posted by PK at 10:30