Homing pigeons had long been used to send messages (an activity known as pigeon mail),  the first mail to be carried by an air vehicle was on 7 January 1785, on a hot air balloon flight from Dover to France near Calais. It was flown by Jean-Pierre Blanchard and John Jeffries.  The letter was written by an American Loyalist William Franklin to his son William Temple Franklin who was serving in a diplomatic role in Paris with his grandfather Benjamin Franklin. 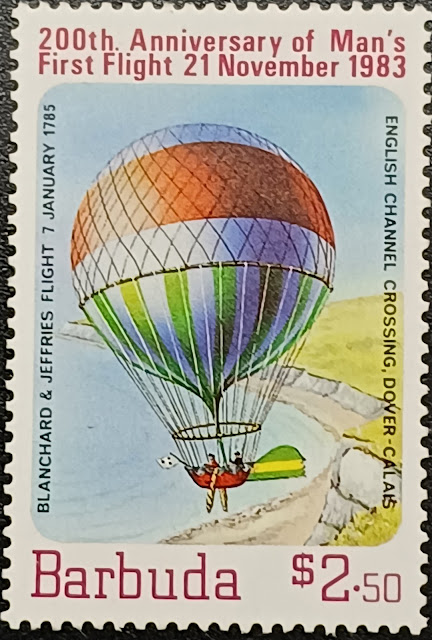 During the first aerial flight in North America by balloon on 9 January 1793, from Philadelphia to Deptford, New Jersey, Jean-Pierre Blanchard carried a personal letter from George Washington to be delivered to the owner of whatever property Blanchard happened to land on, making the flight the first delivery of air mail in the United States.

The first official air mail delivery in the United States took place on 17 August 1859, when John Wise piloted a balloon starting in Lafayette,  Indiana, with a destination of New York. Weather issues forced him to land near Crawfordsville, Indiana, and the mail reached its final destination via train.

In 1959, the U.S. Postal Service issued a 7-cent stamp commemorating the event. 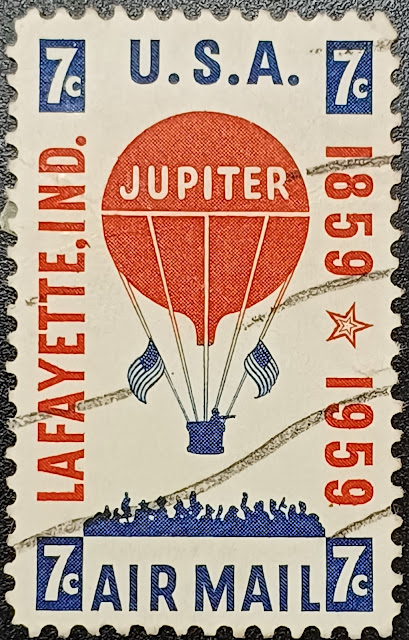 Balloons also carried mail out of Paris and Metz during the Franco-Prussian War (1870),  drifting over the heads of the Germans besieging those cities. Balloon mail was also carried on an 1877 flight in Nashville, Tennessee.